I had a bit of stage fright on this prompt. I have done so many music posts it has its own tag on my site. I even did a whole week of lyrics-inspired photos for February Photofest this year. It’s funny how it’s often the prompt that seem to be made for you that trip you up.

Anyway, this photo wasn’t actually shot for the blog, it was shot for a friend’s birthday. Tailor-made birthday nudes are a thing if you’re close to me. But then I wondered whether I could use it this weekend and googled ‘100mph songs’ and bingo! There are actually two songs called 100mph, one by Stereophonics and one by Prince. I’m not against Prince appearing on my blog but the Welsh boys’ lyrics were more appropriate to the story.

This is the grave of a racing driver called Percy Lambert. He was the first driver to race 100 miles in an hour. He set the record in February 1913 but it was taken from him in the April. On 31st October 1913 he tried to regain his record but a tyre burst and he was killed. His grave reads “A modest friend, a fine gentleman and a thorough sportsman.” A broken column on a gravestone indicates a life cut short. He was 32 and due to be married two weeks later.

I originally had plans to photograph my friend here but this is right on the main path of the very well kept Brompton Cemetery, right next to the chapel and not an easy spot for a man to drop his trousers so I had to rethink and got him a birthday shot with the help of a quick cheeky lift of a summer dress.

“It’s on your face that I’m gonna sit
You can wiggle, you can jiggle your tongue on my clit.”
You Suck, Consolidated featuring The Yeastie Girls

If you don’t know this song then have a listen and then imagine university era Exposing40 and her friends, drunk on cider, tearing up the dance floor and yelling every word of this song as if their lives depended on it. Happy days!

This photo was taken on a happy day too. I’m looking forward to his face between my thighs as soon as it’s possible. I don’t think I’ll need to shout those words at him as angrily as The Yeastie Girls do though – he’s far more enthusiastic than the dude in that song! 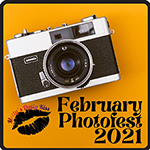 “Why don’t you shut the door
And close the curtains?
Cause you’re not going anywhere
He’s coming up the stairs
And in a moment he’ll want to see your underwear”
Underwear, Pulp

“Red red wine, you make me feel so fine
You keep me rockin’ all of the time.”
UB40, Red Red Wine

“Out on the Wiley, windy moors
We’d roll and fall in green.”
Kate Bush, Wuthering Heights

Today’s Throwback Thursday revisits this post from November 2019, taken by the wonderful Focused and Filthy.

“My favourite plum
Hangs so far from me
See how it sleeps
And hear how it calls to me.”
Suzanne Vega, My Favourite Plum

My good friend Jedi Hamster is a mine of pop trivia (though she has this weird idea that the German version of 99 Balloons is best so is not 100% trustworthy! 😝) so when I was stuck for ideas on my song title week I turned to her.

Blanket on the Ground

“Come and look out through the window
That big old moon is shining down
Tell me now, don’t it remind you
Of a blanket on the ground.”
Billie Jo Spears

I’m very obvious under a big old sun not a big old moon, but I’m definitely on a blanket on the ground!

“It’s alway just that little bit more
That doesn’t get you what you’re looking for
But gets you where you need to go
But the churches have run out of candles.”
Rufus Wainwright, Candles

Week two of February Photo Fest so it’s time for a new theme. This week it is song titles.

Today’s album cover is The Strokes and Is This It. Why doesn’t that album have a question mark? Whatever the answer is, the person we have rocking this look is @19syllables and one thing we know for sure is that nobody ever says ‘is this it?’ when she gets her butt out!

So, the eagle-eyed among you will realise I’ve gone slightly off brief here. You see, this is meant to be album cover week and Fat Bottomed Girls by Queen was a single not an album. But having trawled five years of archives for today’s Throwback Thursday I realised that I hadn’t once done an album-themed photo. So a single it has to be!