We met in a garden on a sunny afternoon in early July. A couple of beers established that real life chemistry was as good as the chat had been. Later we went to my local and ate soft shell crab and drank cold white wine.
It was the start of a sweet little affair. Tall, intelligent, into the arts, wine and mooching around London, he ticked many boxes. He was a photographer working for national newspapers so he had glitter dust. There always has to be a bit of glitter dust for me. Best of all he was also self-employed so our time was flexible. I am a very big fan of lazy weekday afternoons.
Some six or seven weeks later I was idly scrolling through my OK Cupid matches and his face appeared. Same photo but different username, five years younger and the two children living with his ex wife no longer seemed to exist.
I giggled and texted him.
“I’ve had a radical rethink of my career and I need my dating profile to match my professional profile,” came the reply.
“Oh?”
“I’ve decided to become a male escort.”
Slack jaw.
He may no longer have time for me if he was getting a lot of paid work, but he’d still love to see me; he redirected me to his website. £90 an hour was his fee, chalked up on a free WordPress template designed to look like a school blackboard.
His new career didn’t work out and soon he was calling again. Nearly two years on he still does. I never answer. There are many more tall intelligent men with glitter dust to spend my afternoons with. But a few wines in, round a table with my girlfriends, this is still my favourite dating story. 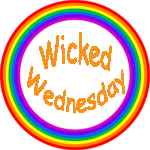