This photograph happened completely by accident one night this week while I was sat up in bed undertaking the decidedly dull task of organising iPad apps! Swiping through, I found a photo app that I have no recollection of ever downloading. Opening it up I was faced with this strange kaleidoscope image of my own chest. I quickly snapped it.
I’m going to try not to dwell too much on the body negative in my Exposing 40 project, being as it is a positive exercise, but I’ve written before, when posting anonymously on Exhibit A’s site, that in the past I haven’t got on very well with my boobs. They do a good job of signposting traffic south-west and south-east and you could drive a bus between them. Add to this the fact that (unless they’re being entertained or I’ve tweaked them to attention for the sake of a photo) I have one flat and one inverted nipple, and you get a picture of my tongue-in-cheek ambivalence towards them!
So I was quite amused to see the kaleidoscope lens effect create cute plumptious hearts of my boobs. Are they begging me to love them, I wonder? 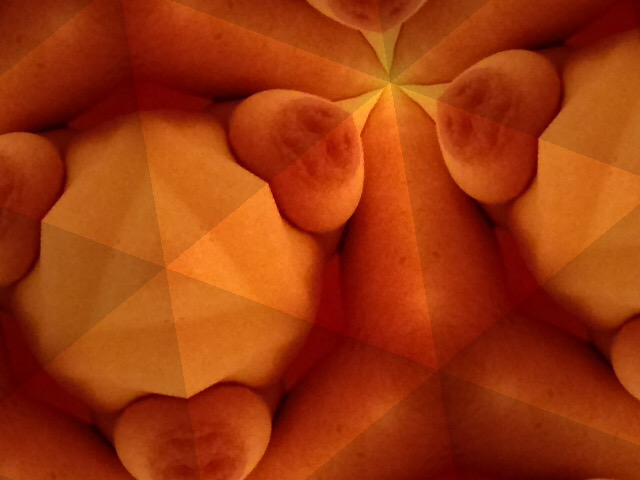